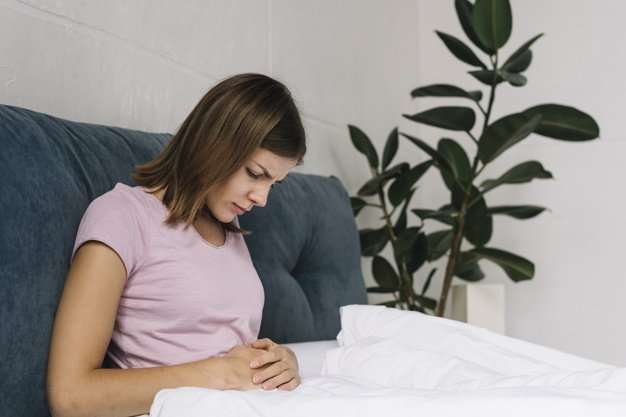 Diarrhea defines all too frequent bowel movements. If the term is associated in common parlance with liquid stools, according to the medical definition, diarrhea is also determined according to the number of stools emitted, which can also be pasty.

What Are the Symptoms of Diarrhea?

In addition to diarrhea, nausea, vomiting, and loss of appetite often occur. Painful abdominal cramps (tenesmus) can also lead to causing Diarrhea. The severity of the symptoms contingent on the respective pathogen, as does the length of the time interval between infection and the appearance of the first symptoms (incubation period).

If the diarrhea is very severe, and you do not drink enough, there can be a severe lack of fluids (desiccation, dehydration). Severe dehydration can be seen on a very dry tongue and on the skin, which remains in folds after a slight pinch. Urine excretion also decreases, and the urine is strikingly dark in color.

Affected people feel drowsy and dizzy with increasing dehydration. In the worst case, they risk losing their circulation and kidney damage. This situation is very serious and must be assessed and treated by a doctor as soon as possible. Infants and toddlers, in particular, can dry out quickly – within 24 hours.

Can the Traveler’s Diarrhea Be Dangerous?

Occurring during a stay abroad, the tourist generally declares itself a few days after arrival. Although these episodes are very bothersome, they are often mild. An infection usually explains them by a germ. However, the possibility of other more severe pathologies should not be ruled out. If diarrhea exceeds three days, or if a high fever and bloody stools accompany it, it should be consulted.

How to Cure Diarrhea?

Apart from cases of diarrhea in infants, young children, or the vulnerable – which require medical consultation – adults can generally treat themselves. For adults, it is useful not to stop diarrhea too early to facilitate the elimination of germs. You should also drink plenty of water. During an episode of acute diarrhea, the body loses a lot of water and mineral salts, a loss that must be compensated to avoid dehydration by drinking. The salted drinks (e.g., broth) or slightly sweet, which help bind water and provide minerals, are particularly recommended.

It is also advisable to eat as much as possible, and as this episode is stressful for the body, it is essential to rest. Drug treatment is, therefore, not necessary. However, there are very effective anti-diarrheal drugs and over-the-counter Medicines, which can be taken.

How Long Your Diarrhea Will Last?

It depends on its cause. Acute diarrhea with a sudden onset usually lasts no more than 14 days. An intestinal infection generally causes severe diarrhea, also called gastroenteritis.

The irritable bowel syndrome (IBS) is a gastrointestinal disorder that reflects a functional disturbance of the role of the intestine. In cases of chronic diarrhea, symptoms tend to appear and then disappear and usually present as a ‘flare.’ The symptoms can be particularly exacerbated for a few days to subside until the next attack.

As a general rule, if your symptoms last more than four days in a row, we recommend that you consult your doctor at Dose Pharmacy for Antidiarrheal medications.